This week was a nice one, although the pressure at work is slowly ramping up again and they were working on some tracks on my commute so that made it a bit longer as well, but all that stuff considered I feel like I am going home and am more focused with my personal work again!

That said, it was nice having some time to work on some cool materials for my personal work, mainly focusing on some experimental stuff to get the moss working nice in Unreal Engine. I'm currently also going through all the plans and scripts that I had at one point and seeing what can still be salvaged and used to make some tutorials at some point, so there might be some exciting stuff coming up but more on that in the future for sure!

Big news for one of my former mentee's

This has been in the works for quiet a while but after Marta finished her mentorship with me we started talked about finding a place to work. Well today, I can officially say that she will be joining our team very soon! She did really well and really pushed herself in making it happen and I'm proud and happy to have been along for the ride! :D

New mentee for this month!

This month I also have the pleasure to introduce a new mentee Tim Groß and after a nice introduction I'm looking forward of focusing on pushing the storytelling in his scene! His work was already looking good from an artistic perspective so it will be interesting to see how much we can push it!
So make sure to check out his stuff, keep in mind that he is currently pushing for his environment art skills so he doesn't have those just yet! :D https://www.artstation.com/mahaweilo

A large part of this weeks progress focused on making a nice looking moss material from scratch using substance designer and then using the power of parallax occlusion with a combination of fuzzyshading node.

The first iteration was a bit too blobby, and had to much shadow areas so I needed to smooth that out :D 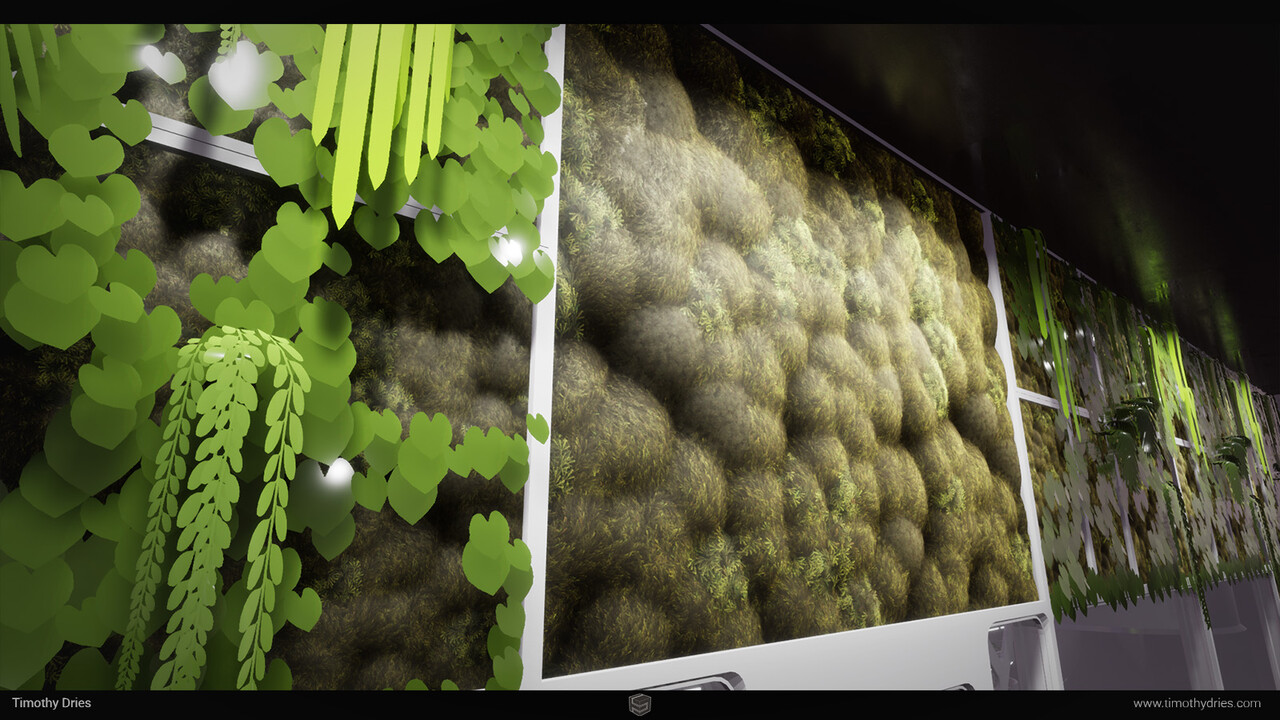 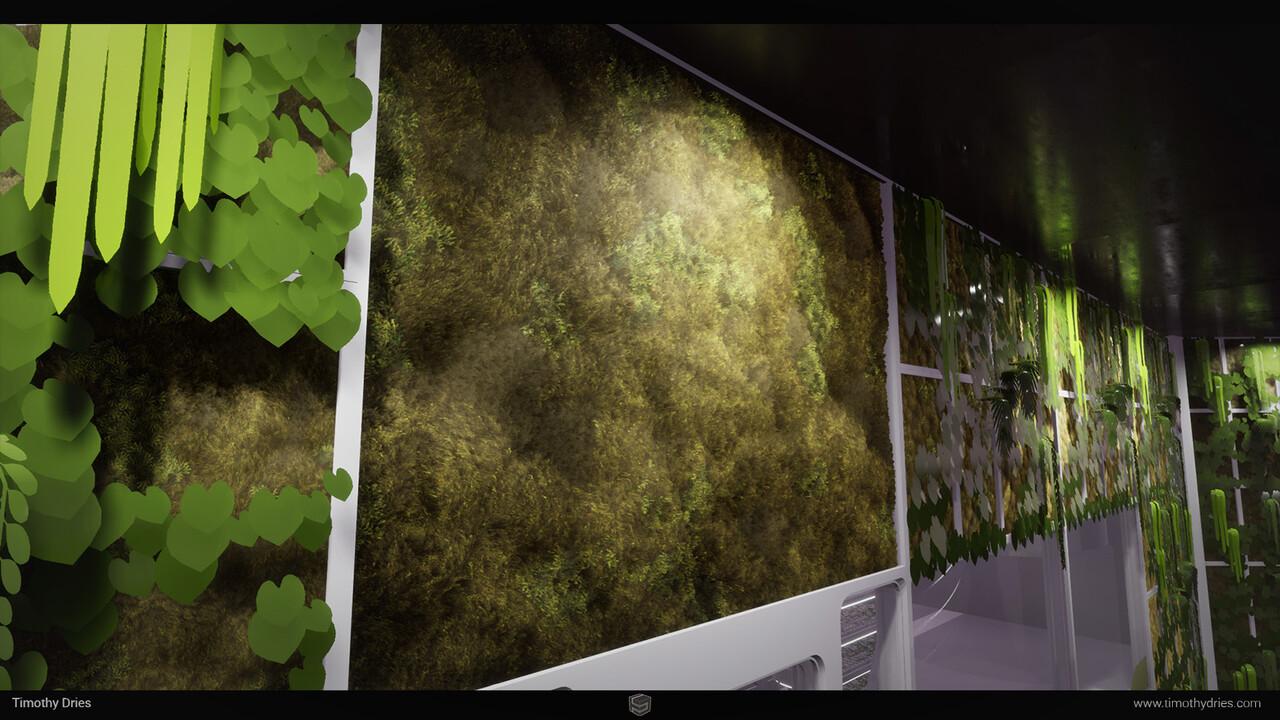 I will probably do a full breakdown of the material, which I am currently also preparing the substance designer graph for which is going to be full of comments and explanations about how I approached the material itself. I'm also looking into making a video but I don't know about that just yet, it depends on my personal time etc... hopefully I can at least make the readable breakdown :D 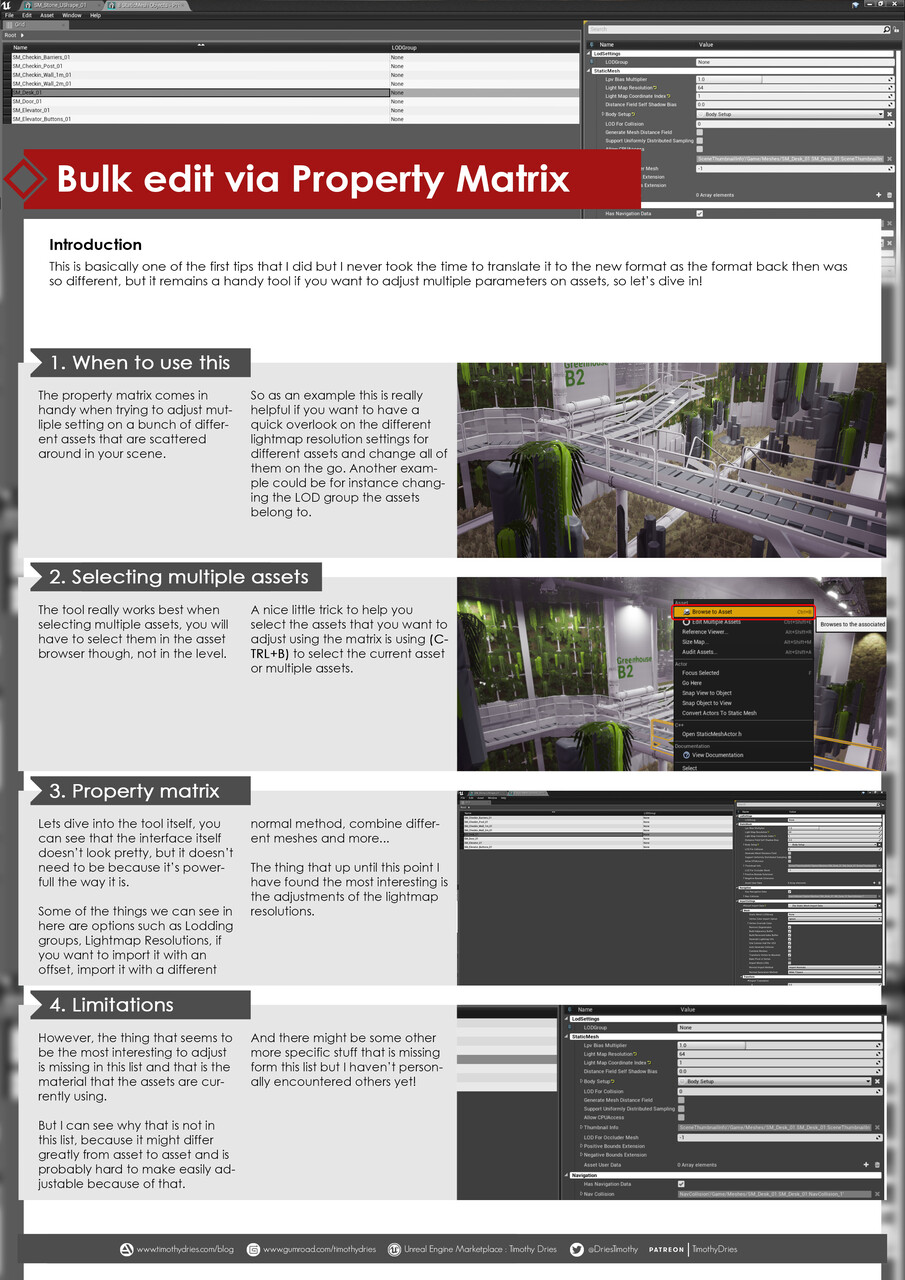 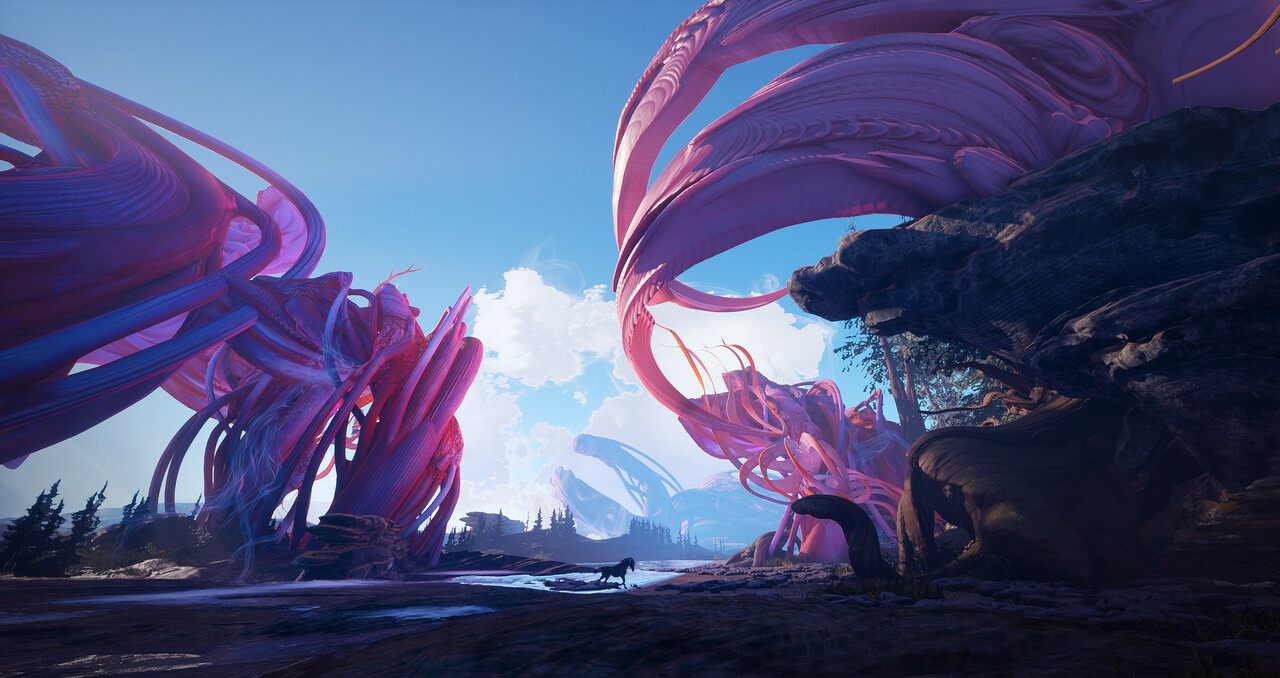 I have been following Tyler's work for a while now and you can see that he puts out a massive amount of work. But the reason why he inspires me is because is because of the nature of his art, the fluidity in which he uses the tools provided is amazing, and is something that I miss from time to time. Especially because I'm always stuck thinking about the rigid way and how to create gameart in a standard way, and seeing Tyler break that mold and still use Unreal Engine is really inspiring!

Another thing I also really like is the bold use of colors and the shapes that he uses in his other stuff, it's just really inspiring stuff! So make sure to have a look at his portfolio and get inspired! And thank you, Tyler, for inspiring me!