As you can probably guess from the title, big things are happening! But more on that down below :D

This week and the coming period are going to be big, I have decided to hand in my notice to leave Frontier Developments at the end of August. After long and careful consideration I decided to make this decision to leave because of multiple factors, one of the major ones was because we had long on-going issues with our current apartment landlord, and they decided to hand us our notice a month ago, meaning we had to leave by the 28th of August.

This went hand in hand with the fact that I was already looking for a job on my spare time and was planning on making this move somewhere in the next year anyways, and look for something that aligns more with what I do for my personal work and to allow me to grow more into that direction which would be focusing more on environments as a whole, because Planet Coaster and Jurassic World Evolution didn't really allow for that.

I just have to emphasise that Frontier Developments is a lovely company to work for (with openings for different departments currently *wink wink* Frontier Carreer Page), with loads of people that tend to come back after the left years before because it is so good, and Frontier is open to that. So although it pains me in a way because I am leaving all these awesome people that I have met over the past couple of years for something that is completely unknown.

But I feel that I need to take risks, challenge myself, see things as a learning experience and grown from there.

So as you can probably expect I have been super busy job hunting and reaching out to people and I am amazed with the massive amount of people I had reaching out to me and really strengthens the feeling that the games industry is such an amazing one! 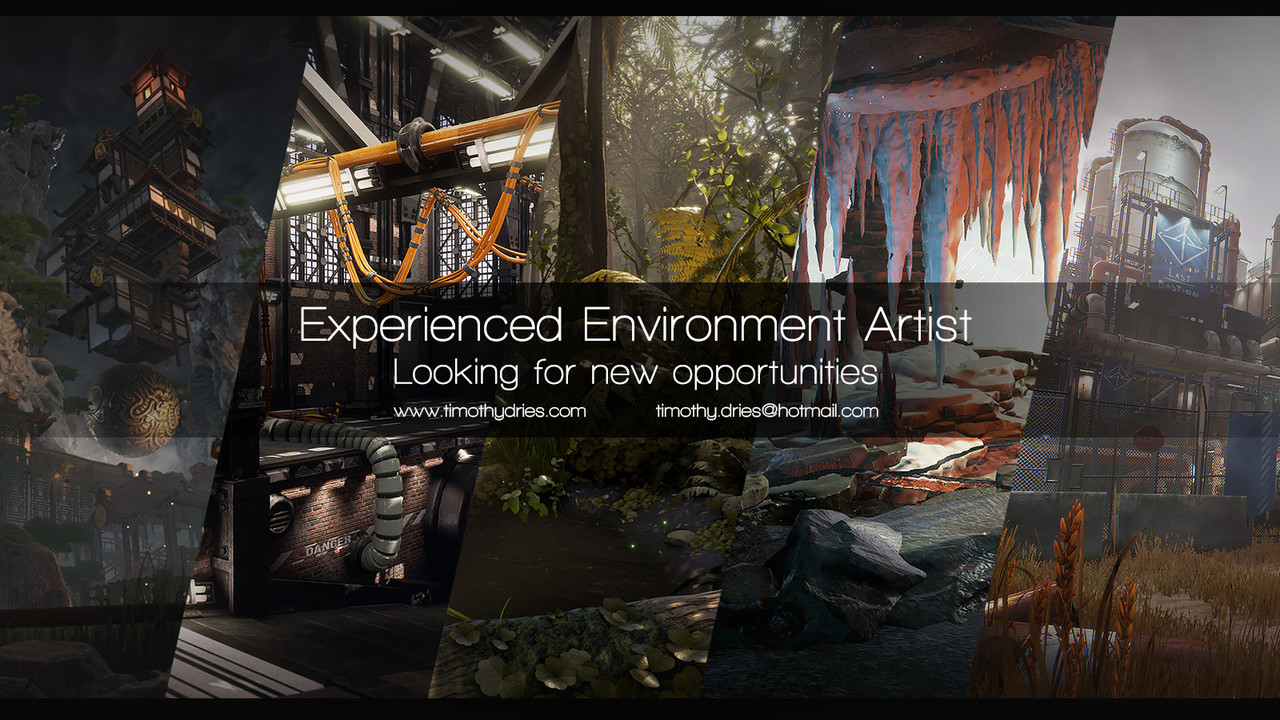 Looking forward to share more about this in the upcoming weeks! And thank you all for searching out if you did, I am super grateful by the outreach :D

As I am focusing on my little jobhunt this week I didnt have that mucht time to focus on doing some art :( but I got some stuff done here and there though!

Did some more work on some of the meshes, really focusing on one of the weaker points when it comes to my personal work in my opinion, that is focusing on the creation of detailed props with finished textures. Doing some tests for a lot of the random cans and metal containers I am going to have populating the scene, it's really fun to think about these and establish a logo/backstory for these brands! 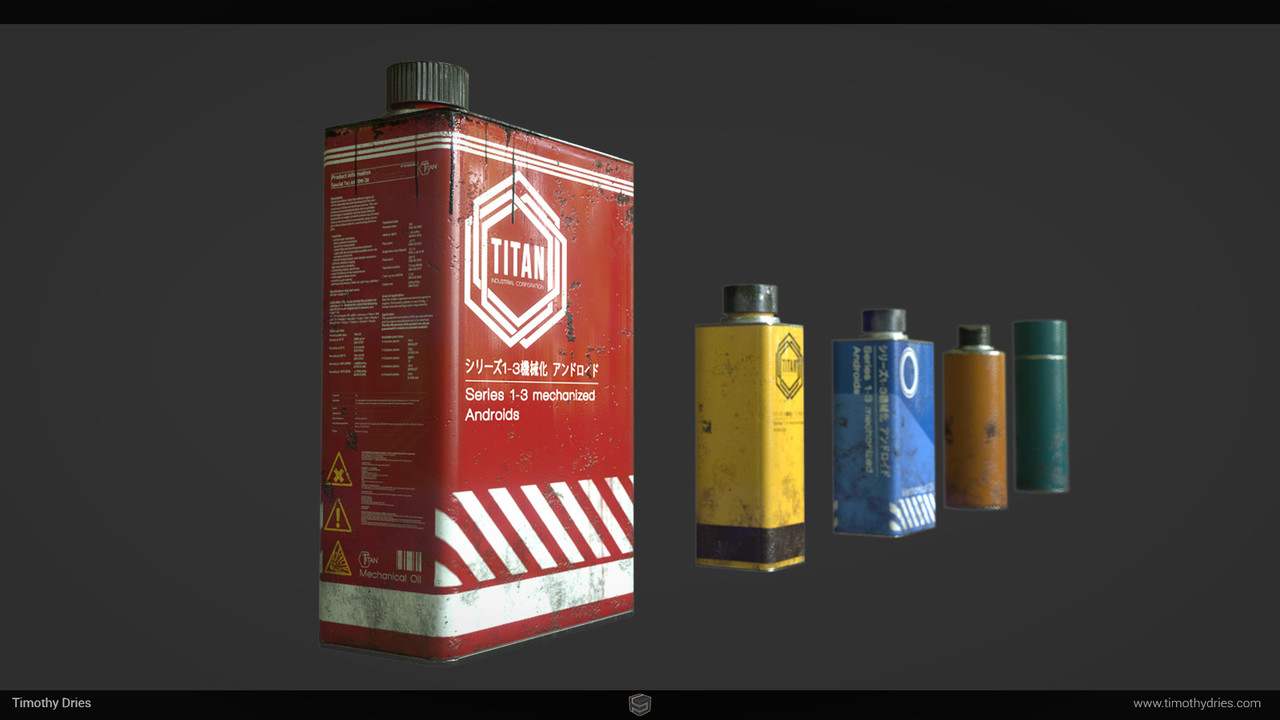 Cut out some of the "Fat" of this little scene, want to focus even more on a smaller scene while also allowing people to look at the backs of the buildings etc. 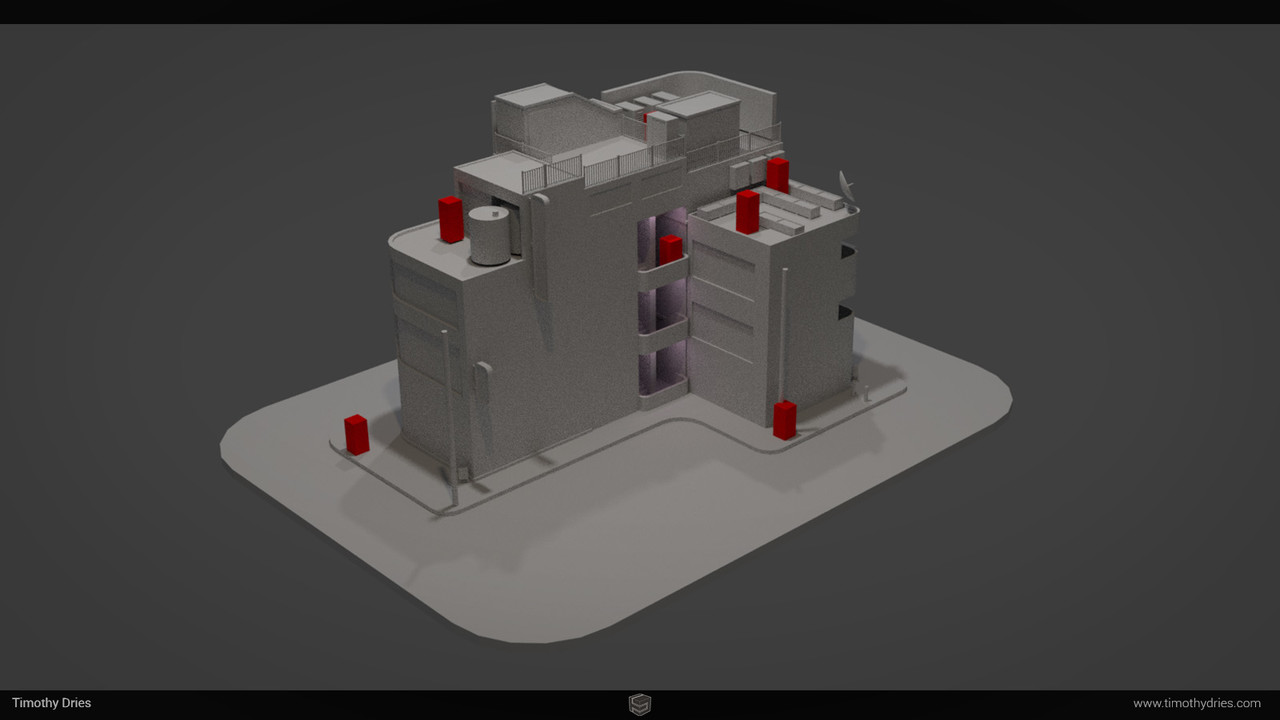 Short and sweet!
Going to leave this section here for this week, I do hope I get more time in the coming week to do some more work on it though!

A little explanation on how to use the foliage tools in Unreal! :D 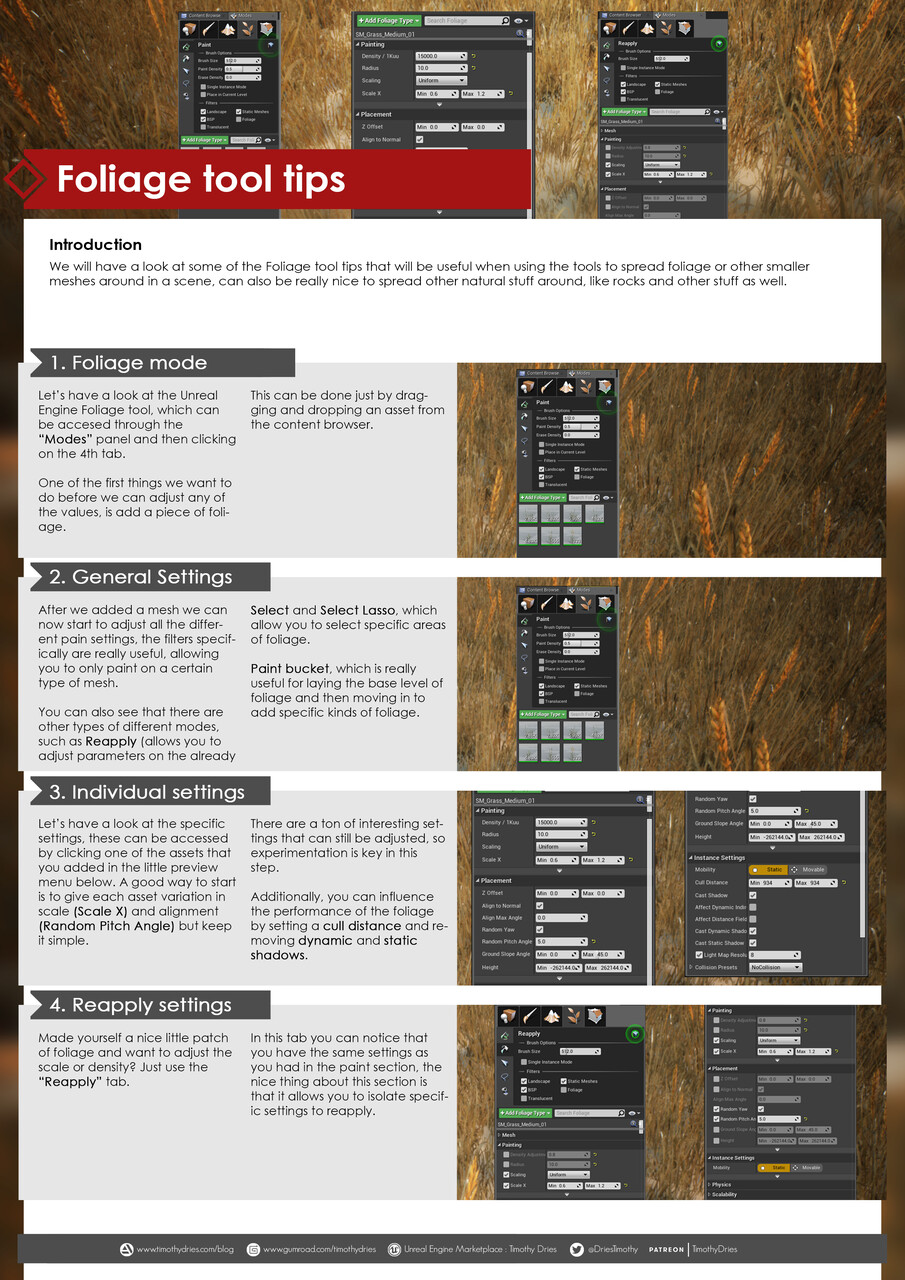 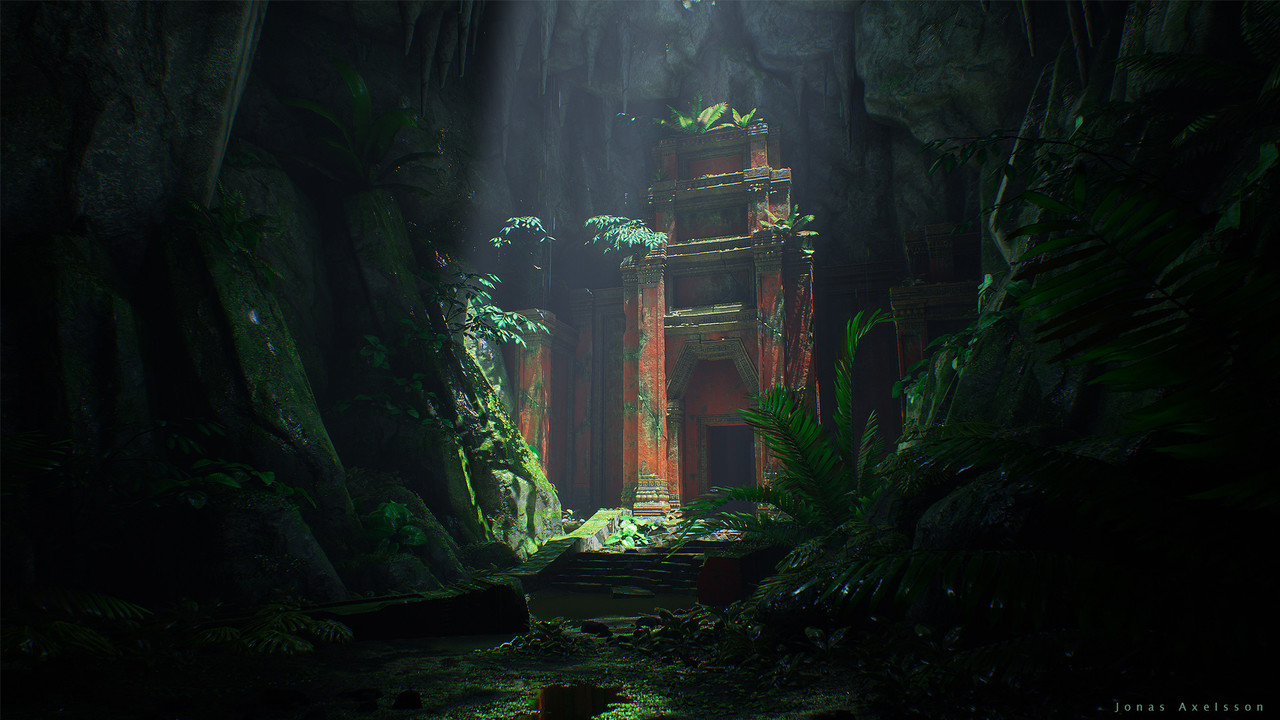 Well then, where do I begin with this one you have probably seen it pass by because it is just so good.
It falls into the category of environments where I'm like "Damn... Maybe I just need to throw my hat in the ring" (but not really I fucking love doing this!), it's just stunning, everything comes together so well in this, the contrasts of the colors and light pulling you into the image, the balance of the textures and the nice damp and wet feel of all the foliage in the cave itself.

The nice thing about this as well is that it doesn't try to overwhelm you with details, it just relies on a couple of core elements and let's you take it from there, damn man, I'm just speechless :D Thanks so much for posting this and inspiring me a great deal Jonas Axelsson!